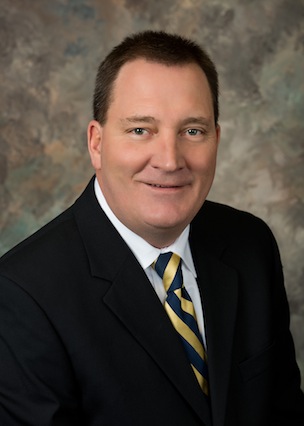 Fred Schlosser was born and raised in Springfield, Illinois.  He attended Christ the King Grade School and Griffin High School (now Sacred Heart-Griffin).  Mr. Schlosser graduated from the University of Notre Dame in 1985 with a degree in Finance.

Prior to attending law school, Mr. Schlosser worked as an investment officer for Marine Investment Management Company, a subsidiary of the original Marine Bank in Springfield.  There, Mr. Schlosser assisted a team of portfolio managers in buying and selling fixed income and equity securities for various pension funds.

During law school, Mr. Schlosser interned with the law offices of Metnick, Barewin and Wise in Springfield and was hired as an associate by that firm in 1992.   In 1997, Mr. Schlosser and fellow Leading Lawyers, Gordon Gates and Peter Wise, founded Gates, Wise & Schlosser, P.C.  The firm was renamed Gates Wise Schlosser & Goebel when Todd Goebel became a partner.

Mr. Schlosser also has a robust administrative law practice.  He represents revoked drivers, who are seeking to obtain work permits or full reinstatement of their driving privileges, at informal and formal hearings before the Illinois Secretary of State.  Mr. Schlosser also represents parents, custodians or others who are challenging an indicated finding of child abuse or neglect before the Illinois Department of Children & Family Services.

Mr. Schlosser is a member of the Capital Litigation Trial Bar and, prior to the abolition of the death penalty in Illinois, was authorized to act as lead defense counsel in death penalty cases.

Mr. Schlosser is AV Preeminent® Peer Review Rated by Martindale-Hubbell and has also been selected by his peers as a Leading Lawyer in the areas of: Criminal Defense: DUI; and Criminal Defense Law: Felonies and Misdemeanors.

Mr. Schlosser has been married to his wife, Tricia, since 1999 and is the proud father of two boys.