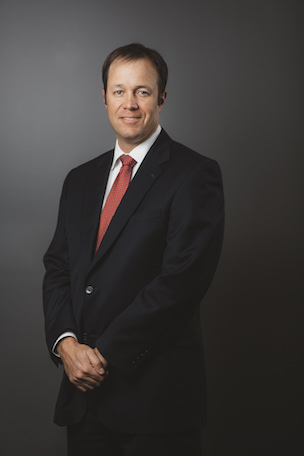 During all three years of law school, Mr. Goebel worked as a law clerk, first in the Jackson County Public Defender's Office and later at the State's Attorney's Office.  While in law school, Mr. Goebel was a member of the Southern Illinois American Inns of Court.  He was on the Law Journal.  He is a member of the Phi Kappa Phi National Honor Society.  He also received the CALI Award on three occasions.

While many attorneys tend to practice in only one or two areas, Mr. Goebel has skills and expertise in diverse practice areas.  He is adept at trials in both civil and criminal cases.  He has tried cases in state and federal court, and he has represented clients in numerous administrative law venues.  He has taught seminars to drug and alcohol counselors on the Secretary of State Driver's License Reinstatement Hearing process and he has been a guest speaker at Continuing Legal Education seminars.

Mr. Goebel and his wife have four children.  Previously, Mr. Goebel served his country as a Sergeant in the Illinois Army National Guard.  Currently, Mr. Goebel serves his community as an elected School Board Member for the Rochester School District.  He also provides legal services to several non-profit organizations including the Kidzeum of Health and Science and the Rochester Junior Football League.